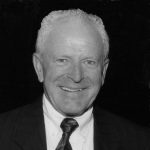 Laurie passed away suddenly and peacefully at home on February 7, 2017. He was born in Winnipeg, Manitoba and was preceded in death by his parents,  Morley and Gladys, sisters Nora and Florence, and brother Jim. He is survived by Mona, his wife of 64 years, children and grandchildren Gillian (Jordan, Alex), Stephen (Paige, Julianne), Christopher and Lori (Scott, Hannah), Paul, Matthew, Megan and Iain (Erik, Liam), brother in-law Bruce and a large extended family.

Laurie graduated from the University of Manitoba Medical School and the Mayo Clinic, where he earned his neurological degree. He established the department of Neurosurgery at the Royal Columbian Hospital in New Westminster, B.C. and was a member of the Royal College of Physicians and Doctors of Canada. He enjoyed golf, fishing, hiking, reading and travel throughout his life. He was a spirited debater up until the end.

A celebration if life will take place at East Delta Hall in Delta, British Columbia on Sunday, May 28th from Noon till 3.