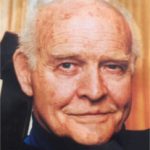 Dr. LeRoy James Byrd, 79, of Spokane, WA passed away on December 22nd surrounded by loved ones.

LeRoy was born at home to Herman and Bernida Byrd in Ronan, Montana on September 4th, 1937.   His early years were spent in the shadow of the Mission Mountains of Montana surrounded by the support of extended family. During wartime the family moved to Detroit, Michigan. The family returned to Martin City, Montana, just outside of Glacier National Park, where LeRoy spent his youth working at his parents’ grocery store, Byrd’s Food Mart, logging in the woods of Montana (lying about his age to get the job) and driving the laterno for the road crew at 15 years old. LeRoy and his many brothers and sisters modeled their work ethic and stewardship after his parents’ willingness to help others improve their lives.

A star athlete at Columbia Falls High School, LeRoy loved and excelled at all sports, with a particular fondness for gymnastics and wrestling, which led to a state individual championship. A wrestling move, unique to his strength, was named after him. LeRoy’s coach stated he was the strongest wrestler he’d ever coached. His interest in leadership began early in life. He was student body president while working nearly full time at his parents’ grocery. Early fall and winter mornings you would find Leroy and his brothers processing wild game followed by a full day of school. Winter evenings found them shoveling massive amounts of snow off the grocery store roof prior to playing their basketball games. Summers were spent in service employed at the Byrd’s Food Mart in conversation with the many travelers to Glacier National Park.

In 1956 he made a life changing decision and matriculated to Carroll College enrolling in the strenuous pre-med program. In 1957, a beautiful young lady named Irene Ann Jones from Sidney, MT enrolled at Carroll in the nursing program. Within a few months a relationship began and continues uninterrupted to this date, some nearly 57 years later.  In 1959, LeRoy and Irene professed a solemnized engagement promising fidelity and purity until marriage. Irene and LeRoy graduated from college in 1960 and married on August 27th. Thus began a life filled with many miles of auto travel. LeRoy attended Marquette University Medical School, where he volunteered as a guinea pig for any and all research projects, ran the slide projector, and while employed by an insurance company learned to perform extremely efficient examinations; anything he could do to support his young growing family. In 1965, he was drafted by the Army, serving as Captain and senior officer in the Oakland AFES station during the daytime, moonlighting at night to support his family and further his medical experiences. In 1967, he concluded his military service at the Induction Center in Oakland, CA. He then completed a one-year residency at Kaiser Permanente Hospital in Oakland, after which he spent three years at the Mayo Clinic in Rochester, MN. During this time, he spent his weekends at Spring Valley Hospital for three physicians on the weekends.  He concluded his medical training in internal medicine in 1970.

In September of 1970, LeRoy and Irene and the first seven of their twelve children arrived in Spokane.  LeRoy began his internal medicine practice, which continued for 47 years until the time of his passing. In addition to his private practice, he was fully committed to improving comprehensive medical care. He was co-founder of the Holy Family Foundation and served as president of the Medical Staff from 1973-1974. He was an affiliated member of several medical associations, including the American Cardiology Society, and was an active volunteer physician and Medical Director at the House of Charity Providence Free Medical Clinic in Spokane. He often referenced Holy Family as “Holy House” conveying his love for his profession and those serving the sick and marginalized by society.  He devoted his service to the German Dominican sisters, to his fellow physicians, and to all of his patients.

LeRoy was the quintessential alumni extraordinaire of Carroll College. He mentored many youth and encouraged them to attend his alma mater. Carroll considered him the honorary recruiter. He served as  president of the advisory council and Board of Trustees for Carroll College, instituting term limitations. He was the recipient of numerous awards including the Carroll College Outstanding Alumni Award, the Borromeo Award for outstanding community and college involvement, and a recipient of the Manion Chair Award, named after his beloved Carroll College professor, Dr. James Manion, which he co-founded.

LeRoy was proudly initiated into the 4th degree Knights of Columbus in 2013. He and Irene Ann were awarded the Catholic Charities Bishops Medal in 2007. LeRoy was also a patron of the arts and community as evidenced by numerous donations, including the stained glass window in the foyer of Holy Family Hospital. He was a man of action throughout all events in his life and loved to serve others. He had one objective complimented by one speed, fast and furious, to accomplish all he could in his time with us. He was a gentleman farmer, philanthropic teacher, student, mentor, confidant, son, father, papa, brother, uncle, and dedicated spouse who always found time for others.

The rosary will be held on Monday, January 2nd at 7pm at St Joseph’s Parish, Colbert WA.

Funeral Mass will be held Tuesday, January 3rd at 11am at St. Aloysius Parish, Spokane WA.  Reception immediately following at the Hemmingson Center at Gonzaga University. Please wear purple in honor of Carroll College, Advent and “The King”, LeRoy.

For those who are unable to attend: The liturgey can be viewed on live-streaming video on their website www.stalschurch.org at the time of the event.  Click on Our Parish, then click on Streaming Video on the drop down menu.