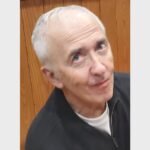 Lynn Alan Christianson was born July 10, 1949, in St. Peter, MN to Warren and Theresa Christianson who raised him in Le Center, MN with his five younger siblings. From a young age, Lynn was drawn to children and knew that he wanted to be a father. As an anesthesia resident at the Mayo Clinic (1980-1982), his co-residents grew accustomed to assigning him the pediatric cases–first because he was willing and then because of his proficiency. Admittedly lacking in a formal pediatric anesthesia curriculum, Mayo sponsored Lynn’s fellowship training at the University of Pennsylvania in the nascent specialty, requesting that he return to teach them what he had learned. Lynn went on to practice pediatric anesthesia at Minneapolis Children’s, Gillette Specialty Care, and Children’s West Surgery Center (1985-2008).

In May 1985, Lynn met Kate Leslie (of Minneapolis), a kindred spirit whom he would also cherish as his advocate. They were engaged in October 1986 and married the following June. Together they raised a daughter, Laura, and son, Kevin, “the two great treasures of our life.”

In 2003, Lynn began to notice a slowing in his motor function and suspected that he had Parkinson’s disease; a formal diagnosis came that fall. Gradually, he cut back on his hours at the hospital before retiring in 2008. In these early years with the disease, while Lynn was aware that he was losing stamina, he took great joy in using his energy to spend time with family on bike rides and trips, and during quiet moments at home. As the disease progressed, his

attention became increasingly focused on making the most of each day, which he did with creativity, laughter, and humility; his spirit became lighter and his connections with people deepened.

Lynn brought to his work and relationships a quiet brilliance–a mind for learning and retaining information, and a receptivity to different ways of conveying truth. He also had the ability to put those around him at ease. This, coupled with his openness and honesty, made him not only a good doctor but also a dear friend.

Lynn passed away on Monday, December 7 from complications related to Parkinson’s disease. He will be remembered for his encyclopedic knowledge, piano playing, handwritten letters, one-liners, and fondness for late-night kitchen indulgences. He was lovable to the very end.