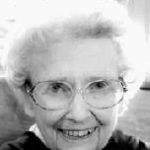 Dr. Marilyn Louise Cowger, age 87, passed away peacefully at her home in Charlotte, NC, on January 17, 2019. She is survived by daughters, Naomi, Pamela, and Briana; grandson Quinn, and granddaughters Cameron, Caden, and Tatum. She also leaves behind many cherished family members and friends. Marilyn was born in Douglas, Neb. in 1931 during the Great Depression to Telferd and Marian Cowger. She was preceded in death by her three siblings: twin sister Celia, brother George, and sister Marjorie. Marilyn was a pioneering woman in the field of medicine. She earned her medical degree in 1956 from the University of Nebraska, and then completed a three-year fellowship in pediatrics at the Mayo Clinic in Rochester, Minn. Marilyn served for almost ten years as a pediatrician and professor at the University of Washington. She then headed east to Albany, where she spent the next 25 years educating future doctors and caring for the most vulnerable pediatric patients in upstate New York and serving as the head of Pediatric Endocrinology and Metabolism at Albany Medical College of Union University. Over her extensive and accomplished career as a healer and teacher in the field of medicine, Marilyn authored numerous academic papers and contributed to a wide range of symposiums and textbooks. She received many accolades and recognition for her research in the areas of genetics and nutrition, including multiple awards from the National Institutes of Health during her tenures at Albany Medical College and the University of Washington. With unyielding dedication and hard work, but not without a fight, Marilyn paved the way for – and inspired – waves of women to reach the highest levels in both academics and medicine. Marilyn loved the outdoors and the Pacific Midwest, and upon retirement, moved to Whidbey Island in Washington. She built her Asian-inspired retirement home on ten acres of land, which included an old growth forest, scores of wildlife, and breathtaking views. On Whidbey, Marilyn was a driving force in several organizations, including AAUW and community gourmet and movie clubs. She also was a strong supporter of many organizations, including WAIF (Whidbey Animals’ Improvement Foundation) and AAUW’s Legal Advocacy Fund. Marilyn was deeply committed to philanthropy in many areas. Donations in memory of Marilyn may be made to WAIF, P.O. Box 1108, Coupeville, WA, 98239 or waifanimals.org, or any organization supporting the advancement of women around the world.