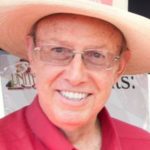 Mike practiced as an orthodontist in Waterloo, starting in 1976 from his office location on Kimball Avenue, and expanded to a West Union location in the late 1980s. He and his wife founded CU and the Cellar in downtown Waterloo, and also Hollen Wines. He served as a lieutenant in U.S. Navy as a dentist in Okinawa, Japan, from 1970 to 1973.

Preceded in death by: his parents.

Memorials in lieu of flowers: may be directed to Waterloo Center for the Arts or the Cedar Valley Arboretum and Botanical Gardens.

Condolences may be left at www.LockeFuneralHome.com.

Through the years he provided service to thousands of patients throughout the Cedar Valley and surrounding areas. Through the years, Dr. Hollen has been a part of many community service and development organizations.