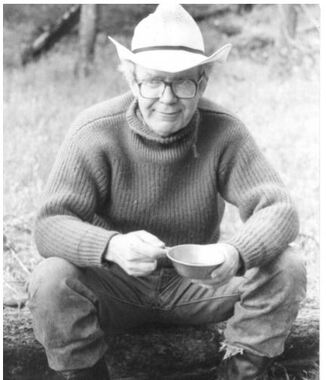 Dr. Ragen was born in Townsend, MT, to Bill and Susie Ragen, a ranching family. Montana was a big part of who he was, and he was known in Townsend as “Dr. Pat” long after he had not only moved to Seattle but even after he retired. But seeing his older brothers get up before dawn to feed cattle in sub-zero weather inspired him to attend Carroll College in Helena, MT graduating at 20 years old followed by medical school at the University of Chicago where he graduated in 1952. He then interned at Harborview Hospital in Seattle. As he finished his stay in Seattle, and was on his way to a stint as a Captain in the US Army, he met Mary Murphy, who had the wit to write to “Pat Ragen, Townsend, Montana.” The small-town post office got the letter to Germany, where he was stationed for two years. He returned to the United States in 1955 and resumed his medical training at the Mayo Clinic in Minnesota. By then, Mary Murphy was back home in St. Paul, MN. Correspondence turned to courtship and they married in St. Paul on July 14, 1956. They moved to Seattle, where he began his career as an internist and hematologist at the Virginia Mason Clinic, where he worked until he retired in 1994.
His career as a physician was notable for the great trust his patients put in him and he helped them through both mundane health issues and life’s most difficult moments. Old friends and patients that he had not seen in many years would reach out to him when they faced hard decisions and he was always willing to patiently walk them through their situation. Beyond patient care, he played numerous roles in expanding the mission of the Clinic and access to health care. These ranged from establishing its library, helping develop a system of satellite clinics and serving as President of the Hospital Medical Staff and on the Clinic’s Executive Committee. He also improved access to medical care by expanding the role of nurse practitioners, both at Virginia Mason and under state regulations.
Dr. Ragen loved tennis (and was a long-time member of the Seattle Tennis Club), golf and cards – mostly bridge (which he played regularly at the University Club), occasionally poker and, when his grandchildren taught him how to play hearts when he was 90, he “shot the moon” in his first game.
He was an avid traveler. Mary could count on the same present every Christmas – a trip to be taken to a mutually-agreed upon country. No sooner did he return from the Balkans when he announced his intention to visit the Baltics. One trip included working in a clinic in Kamchatka, Russia. He also loved history, often wondering if he should have become a history professor. He enjoyed reading histories and biographies and even wrote a history of the various branches of his family – tracing them back to Ireland and England.
Most of all he loved people. His home was always open to one and all, and the site of many gatherings (thanks also to Mary’s energetic hosting abilities). He loved conversing with family, friends and folks he had just met. He loved telling stories, sometimes more than once. He took an active interest in his large extended family and often quietly provided assistance when its members faced challenges. He stayed in touch with friends and family in Townsend long after he left.
He was well-served by his sense of humility and he never forgot where he came from. He liked to tell a story about visiting Clonmel, Ireland, where the Ragens came from, while in the Army. A parish priest found a Ragen to introduce him to. The fellow was digging a ditch at the moment.
Dr. Ragen often commented that, if somebody hadn’t gotten on the boat to America, he just as easily could have been digging that ditch.
He is survived by his wife of 64 years, Mary Ragen, and his children Bill (Barbara Shulman) and his daughters Miriam (James Buchanan) and Leah; Chip and his son with Tina Ragen, Ian; Susan; and Charles (Wenjun Chen) and his children Sarah and William, one great-grandchild (Louis Patrick Buchanan), his sister Ann Schneider, and many nieces and nephews and their children and grandchildren.
Donations in his name can be made to the St. James Cathedral Kitchen, where he was a regular volunteer after he retired, at 804 9th Ave, Seattle, WA, 98104.
A funeral mass will be held online on Thursday February 4 at 11:00 am. To attend, go to this link: https://vimeo.com/event/640540/eec367e893