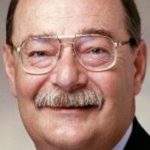 Philip John Dahlberg III
BIRCHWOOD, Wis. — Philip John Dahlberg III, 71, of Birchwood died Friday, June 21, 2019, at the Marshfield Medical Center in Rice Lake, Wis.
He was born July 31, 1947, in Skokie, Ill., to Philip and Joyce (Smith) Dahlberg. Philip graduated from the William Horlick School in Racine, Wis., in 1965, received his undergraduate degree from UW-Whitewater and then his MD degree from the University of Iowa Medical School in 1972. He completed four years of medical training in Internal Medicine at La Crosse Lutheran Hospital before pursuing a nephrology fellowship at Mayo Clinic, from which he graduated in 1977. After his fellowship, he joined Gundersen Clinic, where he practiced medicine, including nephrology and metabolic support for the next 27 years. He received his master’s in preventive medicine/administrative medicine from UW-Madison, in 1994. During his career he held nearly every leadership position at Gundersen Clinic including, Board of Governors, Executive Committee, president of Gundersen Clinic and the first chief executive officer of Gundersen Lutheran Health System. He had many accomplishments during his tenure, including fellowship in the American College of Physicians, merger of Gundersen Clinic and Lutheran Hospital, creation of the Gundersen Health Plan, and designation of Gundersen as the Western Clinical Campus of UW-Madison. He was a clinical assistant professor in the Department of Internal Medicine at the University of Iowa. Dr. Dahlberg stepped down from the CEO position in 2001, retired from Gundersen and enrolled in Law School at UW-Madison, where he received his J.D. three years later.
Philip enjoyed fishing, boating and golfing. Philip was a very humble, kind and honest man and will be truly missed by his family.
Philip Dahlberg III is survived by his wife, Mary K. Dahlberg of Birchwood; four children, Heather (Doug) Cox of Ankeny, Iowa, Philip (Amy) Dahlberg IV of Jackson, Wis., Lewis (Tara) Dahlberg of Sun Prairie, Wis., and Mark (Carolyn) Dahlberg of Fredericksburg, Va.; 14 grandchildren; an exchange student, Maria of Spain; his mother, Joyce Dahlberg of Milwaukee; a sister, Jennifer (Joe) Lindl of Milwaukee. He was preceded in death by his father, Philip Dahlberg II; and a brother, Steve Dahlberg.
Private family services will be held. Arrangements have been entrusted to the care of Appleyard’s Home for Funerals, 19 W. Messenger St., Rice Lake, Wis.
Memorials may be sent to the Dahlberg Scholarship in Nursing at the Gundersen Medical Foundation, 1836 South Ave., La Crosse, Wis., 54601.