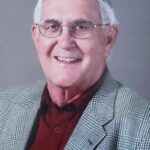 Philip John “Jack” Osmundson, 92, of Rochester MN passed away peacefully of natural causes at his home in Charter House on Saturday, September 19, 2020. He was a loving husband, wonderful father and grandfather, great physician, dedicated musician and avid golfer. Jack was a cardiovascular specialist at the Mayo Clinic for nearly 40 years, caring for his many patients from all over the world with much skill, kindness and consideration.

Born October 11, 1927, Jack was the second son of Ernest Maurice Osmundson and Veva Rose Osmundson, and grew up in Thompson, Iowa. He graduated from Thompson High School in 1945, where he was a four-year basketball letterman and track enthusiast. He became interested in medicine after first considering the Merchant Marines in 1945. Jack received his B.S. degree from the University of Iowa in 1948, where he met the love of his life, Margaret Ann (Peg) Merkley, on a blind date. Jack and Peg were married on June 17, 1951 in Des Moines Iowa. In 1952, Jack completed his medical degree from the University of Iowa.

Osmundson served as an intern at Kansas City General #1 until June, 1953. His salary was $50 a month and rent was $55 a month; they eked by with Peg’s salary from Travelers Aid at Kansas City Union Station. Jack then entered military service in the US Army as part of the doctor draft and served as the Commanding Officer of the 3rd Armored Medical Company in Nuremberg, Germany and the 536th General Dispensary in Ansbach, Germany from 1953 until 1955. Peg joined Jack in Germany and they enjoyed many adventures and travels throughout the continent.

After his residency from 1955 until 1958, Jack joined the Mayo Clinic staff full time in 1959 and retired in 1997. Among his many accomplishments, Osmundson served as Vice Chair of the Division of Cardiology for ten years, Chairman of the Department of Medicine clinical practice committee and as President of the Mayo staff in 1979. In his presidential address, Jack said, “I love the Mayo Clinic and consider it a distinct privilege to work here.” He closed his speech with these words; “What makes Mayo great? You do, my friends, you do.” He formed many life-long friendships with his colleagues at Mayo, particularly those on West 16A, and remained active in the Mayo Clinic Emeriti Association during his retirement

One of Osmundson’s legacies was the establishment of the Mayo Clinic Vascular Center. Along with his colleagues, Jack saw the importance of a separate lab that focused specifically on vascular issues as critical to the care of cardiology patients.

Music played another pivotal function in Jack’s life. In 1960, Jack joined the doctor’s band – The Notochords, a jazz group – and played trombone. The band performed throughout southeast Minnesota, including appearances with Duke Ellington, Louis Armstrong and Al Hirt. After Larry Green – the original Notochord’s organizer – moved away from Rochester, Jack became the band manager and only recently stopped playing gigs. Jack also played with Trombones Anonymous and Swing Street bands as well as in the pit orchestra for the Rochester Community Theatre.

Osmundson highly valued education. As he was raising his family, dinner table conversations focused on what was learned during the day. Jack and Peg provided financial support for all four children in their higher education pursuits, at times paying two college tuitions simultaneously.

Jack and Peg enjoyed traveling and took many memorable vacations throughout the world. They loved alpine and cross-country skiing, and greatly enjoyed family ski trips to the mountains of Colorado. Jack and Peg also loved boating and fishing on the Mississippi River and vacationing in Cabo San Lucas. Jack grew up a Cubs fan but became a devoted Twins and Vikings supporter with the arrival of both teams to Minnesota in 1961. Section 127 at Target Field was Jack’s favorite spot, where he got to meet 1960s icon Tony Oliva.

The Osmundson family extends gratitude and thanks to Charter House and the caring staff that attended to Jack during the last years of his life.

To share a special memory or condolence, please visit www.mahnfamilyfuneralhome.com. Donations in Jack’s memory can be directed to the American Heart Association or to Minnesota Public Radio. A private memorial service is planned for October; a larger celebration of life is pending the resolution of the pandemic.

Dad, we will forever miss your wry humor, your endless kindness, graciousness, curiosity about the world, and interest in all around you. We know you join mom, walking arm and arm into the sunset, towards the next great adventure.