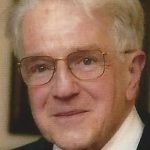 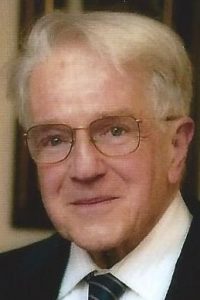 He was a beloved husband, father, grandfather, brother, brother-in-law, uncle and friend. Rene was a dedicated physician at Gundersen Health System for 30 years, and continued part-time for six years past retirement.

Born March 13, 1931, in Rome, Italy, to Alessandro and Adelia (Ricci) Travelli, Rene attended Jesuit elementary and secondary schools and graduated from the University of Rome, in medicine in 1956. Fulfilling military obligation, Rene served in the Italian Army from 1956-1958. Leaving Italy for the U.S. to further his studies, Rene had an internship in Baltimore, Md., a radiology a residency for a year in Albany, N.Y., and a three year residency, completed in 1964, at the Mayo Clinic, Rochester, Minn. He then moved to Canada to practice radiology for one year in Winnipeg and for two years in Calgary.

Returning to the U.S., Rene spent six months at the University of Minnesota, Minneapolis, furthering sponsorship for a visa and acceptance to the U.S. Navy. Early in his stay in Minneapolis, Rene met his wife-to-be, Charlotte Schwieger, a family and consumer education teacher with the Roseville Schools, St. Paul, Minn. Although Rene left for the Navy in May, he returned to marry Charlotte in July, at St. Matthew’s Episcopal Church, St. Paul. Commander Renato Travelli practiced radiology for two years at St. Alban’s Naval Hospital in Queens, N.Y. The young couple began a family while in service, with a son, Eric, born May 1969, at the Naval Hospital. Two years later a daughter, Irene, was born in April 1971, in Milwaukee. Another daughter, Elsa arrived in March 1973, in La Crosse, and a third daughter, Sara, was born in October 1977, in La Crosse.

Having gained experience in radiology, Rene wished for a clinical setting and applied to practice at the Gundersen Clinic, La Crosse, in 1971. Spending much of his career specializing in mammography, he was known as hard-working and enthusiastic. Rene deeply appreciated his association with the Gundersen Clinic and found many friends who shared his spirit for excellence.

A memorial service will be at 11 a.m. Saturday, July 8, at Good Shepherd Evangelical Lutheran Church, La Crosse. Visitation will be held from 10 a.m. until the time of the service.

In lieu of flowers, the family suggests donations to Gundersen Health System Foundation, The Salvation Army or to a charity of donor’s choice.