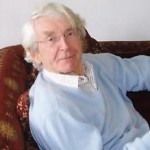 Richard Earlam, who has died aged 82, was a consultant general surgeon at the Royal London Hospital who carried out research on a wide range of conditions, particularly the patho-physiology of the oesophagus; he also pioneered London’s air ambulance service.

The author of numerous papers and books, Earlam explained on his website that much of his research had been inspired by teachers at Cambridge, where he did his preclinical medical studies, and at Liverpool, where he was a clinical student.

The 300 hours of embryology he carried out in the Cambridge anatomy department, for example, “was the basis of future thoughts on an intrauterine volvulus causing aganglionic bowel”.

In Liverpool Harry Sheehan’s exposition “on the post partum haemorrhage and shock after the birth of a child which caused an ischaemic infarct of the anterior pituitary” combined with [Christopher] Cannon’s “demonstration that shorter ischaemia could selectively destroy nerve cells” led to “my experiments on the dog to destroy ganglion cells by this method”.

His teachers’ occasional failures to answer his questions also stimulated lines of research. The thyroid surgeon Philip Hawe’s response to a question about cancer treatment – “Now there is a problem for you to solve, Earlam” – led to “an interest in staging of oesophageal cancer at a later age” and on diseases of the oesophagus more generally. Earlam’s Clinical Tests of Oesophageal Function (1976), would become the standard text.

Likewise Dr John Robinson’s refusal to answer a question on epigastric tenderness as indicative of a duodenal ulcer may have prompted his later work on epigastric pain.

Moreover, when the professor of medicine, Sir Henry Cohen, gave a lecture on “dis” ease (sic), without offering an explanation of why doctors had chosen names for the different pathologies, he planted a seed in Earlam’s mind that “germinated for later work on nomenclature of diseases”.

In 1989 Earlam and a colleague at the Royal London, Dr Alastair Wilson, an emergency consultant, founded London’s Air Ambulance (LAA) as a response to a Royal College of Surgeons report criticising pre-hospital trauma care.

It had been two years since Britain’s first helicopter emergency service began operating in Cornwall, but the LAA was the first service to have a doctor and paramedic on board, aiming to provide on-the-spot hospital-type treatments. Wilson and Earlam saw helicopters as a way of responding quickly given London’s increasingly congested roads.

The LAA was groundbreaking in that it was the only one in a densely populated area dealing solely with major trauma cases. The Royal London was the only multidisciplinary centre where it was possible to build a rooftop helipad.

Today the LAA covers an area bounded by the M25, populated by 11 million people. It has been involved in the majority of major incidents in recent years – train crashes at Paddington, Hatfield and Potters Bar, the Soho bomb of 1999, the 1999 Stansted air crash and the 2005 terrorist bombings.

On that day the LAA carried out 25 missions and 208 people were treated at the Royal London.

Richard John Earlam was born on March 26 1934. He was educated at Uppingham and studied Medicine as an undergraduate at Trinity Hall, Cambridge, going on to Liverpool University for his clinical studies.

After appointments as house surgeon and later house physician in Liverpool he did his National Service in the RAMC as a surgeon in the British Military Hospital, Hong Kong, afterwards joining the TA as an RMO, 359 Field Regiment.

After a year spent in general practice in Australia, in 1963 he was appointed as a prosector in anatomy at the Royal College of Surgeons and as a surgical registrar at the United Liverpool Hospitals.

In 1966-67 he spent a year in America, as research assistant to Charles Code, Henry Ellis  and George Hallenbeck at the Mayo Clinic, where he wrote a thesis on hiatal hernia repair in dogs  and developed an interest in the patho-physiology of the oesophagus and stomach especially in relation to gastro-oesophageal reflux.

He then spent a year in cardio-thoracic surgery at the Universitäts Klinik in Munich with Professor Rudolf Zenker and Professor Hans Borst before going to the London Hospital as a lecturer under Professor David Ritchie in 1968.

There he set up a laboratory devoted to oesophageal manometry, a test used to measure the function of the lower oesophageal sphincter (the valve that prevents reflux of gastric acid into the gullet) and the muscles of the oesophagus to show whether they are moving food to the stomach normally. This led to the publication of his book on oesophageal function.

He remained at the London Hospital for the remainder of his career, from 1970 as a consultant surgeon.

Earlam served on various surgical and committees including as British representative on the Collegium Internationale Chirurgiae Digestivae (CICD) and on the European Aeromedical Institute. From 1992 he was secretary and later chairman of the Helicopter Committee at the Royal London Hospital.

His hobbies included carpentry, beekeeping and sailing. He was a member of the Bayerischer Yacht Club on Lake Starnberg in Germany, and theBritish Dragon Association – the governing body of British Dragon sailing in Great Britain.

He married Roswitha Earlam (née Teuber) in 1969. She survives him with their two daughters.

Obituary originally published in The Telegraph.