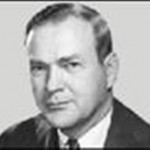 Pittelkow, M.D. Robert Bernard Born 19 Feb 1923 in Milwaukee, Robert entered into eternal life 26 Mar 2016 in Mequon. Resident of Newcastle Place. Survived by and beloved husband of Barbara Jean (nee Thomas) of 69 years. Son of Herbert and Cecelia, brother of the late Donald (Clara). Survived by sons Dr. Mark Pittelkow, M.D (Gail) of Scottsdale, AZ and US Navy Captain (Retired) David Pittelkow (Leslie) of Addy, WA; and daughters Mrs. Susan Schmidt (Greg (Deceased)) of Edgar, WI and Mrs. Mary Moutry of West Bend; 14 grandchildren, 6 great-grandchildren (so far ), and many nieces, nephews, and cousins.
Graduated from West Allis Central High School (1941), and attended Marquette University (1941-1943), before being called to military duty. Served proudly in the United States Navy (1943-1946), and was a combat veteran of World War II in the Pacific Theater aboard USS LATIMER (APA-152) where he was assigned as Assistant Engineering Officer. Participated in the battle of Leyte Gulf, and the invasion at Lingayen Gulf, in the Philippine Islands; and the invasion of Okinawa, Japan. Awarded the Combat Action Ribbon, various campaign, service, and occupation medals, and 3 Battle Stars. Following the war, he graduated from Marquette University School of Medicine (1952), interned at Columbia Hospital (1952-1953), fellowship in Dermatology at the Mayo Foundation Graduate School of Medicine, Rochester, MN (1953-1956), received his M.S. degree in Dermatology at the University of Minnesota (1956) and became board certified in 1958.
Dr. Pittelkow returned to Milwaukee and served in private practice (1956-1990), and at St Mary’s Northpoint, Aurora Medical, Brown Deer, and Quad/Med, West Allis (1990-2007). He was also an active member of the attending staff of Columbia (incl. Board of Governors of Medical staff), St. Mary’s, St. Michael’s, Milwaukee Lutheran and St. Joseph’s hospitals. His astute clinical skills, compassion and devotion to the patient gave him immense satisfaction. He also received great pleasure in teaching students, residents and all medical professionals throughout his long career in medicine spanning greater than fifty years. Dr. Pittelkow was appointed an Assistant Clinical Professor of Dermatology as well as Occupational Medicine at Marquette University, School of Medicine in 1961 and continued to serve faithfully in this capacity at the Medical College of Wisconsin, where he was awarded the Distinguished Clinical Professor of Dermatology at the Medical College in 2010. Dr. Pittelkow was also a distinguished member of the Walter Zeit Society of the College.
Dr. Pittelkow continued to maintain his strong, active participation in the Mayo Clinic Alumni Association, The Doctors Mayo Society and the O’Leary Dermatology Society of Mayo Clinic. In 2009, he was the recipient of the 4th Annual William Reed, MD Memorial Honored Alumnus Award from Mayo Clinic, Department of Dermatology, Rochester, MN. Dr. Pittelkow coordinated and participated in many clinical trials and clinical research studies, presented lectures, and was affiliated with many professional societies, university educational activities, and community services as well as the Wisconsin and Chicago Dermatology Societies. He was Past President of: Milwaukee County Medical Society; Wisconsin Dermatological Society; Noah Worchester Dermatological Society; and Blue Shield of Wisconsin. He was also Medical Director of Master Lock Corporation, Chairman of the Medical Advisory Board of the Lupus Society of Wisconsin, and a distinguished member and Historian of the American Dermatological Association.
As an active member of the American Academy of Dermatology as well as the Dermatology Foundation, he served a number of leadership roles during the formative years of these professional organizations. Dr. Pittelkow gave unselfishly of his time and talents over many years to the YMCA, the Milwaukee Boys Club,Rotary Club of Milwauke, S.A.S.S.I. of Milwaukee Academy, and the Heritage Trust Board of Directors. He enjoyed travel, photography, philately, numismatics, golf (he first picked up a club at age 70), fowl hunting, and family activities. In addition to the many accomplishments above, he could tell a joke with the best! He loved, and was loved by patients, friends, family, especially his grandchildren who affectionately called him Pop-Pop.
A respected member of the community, he will be missed and remembered fondly by all who knew him. His family expresses their heartfelt gratitude to their great neighbors and staff at Newcastle Place, Rev. John Moore, the Highlands Health Center, and the excellent nursing staff and aids. In lieu of flowers the family requests that memorials be directed to: Dermatology Research, Medical College of Wisconsin, Milwaukee, WI or Mayo Clinic, Rochester, MN He was a great man, and he lived a wonderful life. As they say in the Navy: He had a “Good run!” “I have fought a good fight, I have finished my course, I have kept the faith.” 2 Timothy 4:7 A celebration of life and inurnment at Crossroads Presbyterian Church in Mequon will be conducted on 23 Apr 2016, with visitation at 10 AM, and a memorial service with full military honors at 11 AM. Schmidt & Bartelt Funeral and Cremation Service Mequon (262) 241-8005 www.schmidtandbartelt.com