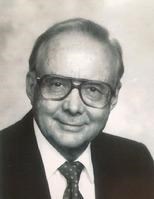 Dr. Robert Burns
March 29, 1927 – August 6, 2019
Dr. Robert Burns of Modesto, California passed away peacefully on August 6, 2019 at the age of 92.Dr. Burns was born in Winnipeg, Manitoba, Canada on March 29, 1927, to Thomas and Dorothy Burns. Avidly involved in sports, his early activities included hockey, golf, and track. He attended the University of Manitoba, graduating with a Bachelor of Science degree in 1949 and a Doctor of Medicine in 1954. He met his future wife and love of his life, Claire Lillington, just after graduating from high school. They married six years later while he was still in medical school.

After receiving his MD degree, the couple moved to Carrington, North Dakota, where Dr. Burns practiced general medicine for three years. In 1957, he was accepted as a fellow in orthopedic surgery at the Mayo Clinic in Rochester, Minnesota. He continued his studies at Children’s Memorial in Chicago.

In 1961, the family moved to Modesto, California, where he joined Drs. Osterholm and Baker (and subsequently Dr. Thompson) in the practice of orthopedics for 30 years. He later joined the Modesto Orthopedic Group. He was a Fellow of the American College of Orthopedic Surgeons and served as Chief of Orthopedics at Doctors Medical Center. He retired in 1997 from daily practice, although he assisted with surgeries until he was 80.

An avid golfer, he was a long time member of both Del Rio and Spyglass Hill Golf Clubs. He maintained a low handicap into his advanced years, frequently shooting under his age and along the way had eight holes-in-one. He was a well-known figure on the practice tee at Del Rio, his “home away from home”. Well ahead of his time, he became a passionate advocate of daily exercise and he jogged and worked out at a gym until after age 90. Another highlight in his life was lunch every weekday in the Doctor’s lounge at Doctors Hospital where he enjoyed staying in touch with former colleagues and medical topics after his retirement.
Dr. Burns and Claire traveled extensively around Europe by auto, experiencing many adventures, both planned and unplanned. He loved opera and drama, and was a staunch supporter of the Townsend Opera in Modesto. He became interested in wine after arriving in California, and was a founding member of the Northern California Medical Wine and Gourmet Society, which met monthly for over 40 years and traveled through France and California on wine-tasting trips.He was widely loved for his unique, dry sense of humor, and few who met him forgot him. His humble roots and Scottish heritage engendered a well-known thriftiness that softened over time, particularly after the birth of his adoring grandchildren. Standing a mere 5’6″ at 140 lbs, he had the appetite of two men his size. He was easily recognized by his famously wide-brimmed straw hats, bow ties and butch haircut. He deeply enjoyed his family, and loved relaxing in his back yard for long meals full of good food and story-telling. He adored his wife Claire to whom he was married for 67 years, often referring to her as “The Great One.”

A Celebration of Life will be held at 3pm on Sunday, August 18 at the Del Rio Country Club. In lieu of flowers, donations may be made in his memory to Opera Modesto, PO Box 4519, Modesto, CA 95352.