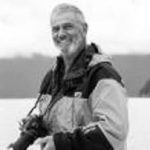 Robert (Bob) Lee – husband, father, grandfather, brother, mountain enthusiast, hiker, skier, doctor, teacher and photographer – died suddenly on Friday, March 31, 2017 while hiking with a friend. Alongside his wife, Anna Patricia (Pat), Bob led an exceptional life. With camera in hand, Bob and Pat traveled the world, embracing a wide range of people he was proud to call his friends. Born in Toronto in 1936, Bob had a distinguished career from rural family doctor in Northern Ontario to academic neurologist in Calgary. Bob served as founding head of the Department of Clinical Neurosciences at the U of C, president of the Canadian Neurological Society, editor-in-chief of the Canadian Journal of Neurological Sciences and executive vice-president of the Canadian Neurological Sciences Foundation. He was team doctor on the 1986 Canadian Mount Everest Expedition.

Bob was widely involved in medical teaching internationally, and was a cherished colleague and mentor to doctors in Nepal, Laos, Philippines, Tajikistan and Malaysia. Outside of medicine, Bob was passionate about photography and environmental stewardship, and was dedicated to preserving and sharing the beauty of the Kananaskis region of the Canadian Rockies. Of all his many professional and personal achievements, Bob was most proud of his family. “Bob Pop” shared his passion for learning and his love of the outdoors and travelling with his four children and eight grandchildren. His sense of humour, adventurous spirit and connection with people will live on through them. He is terribly missed by all.

A Celebration of Bob’s Life will be held at a later date in the Kananaskis. Condolences may be forwarded through www.mcinnisandholloway.com. If friends so desire, memorial tributes may be made directly to the Nature Conservancy of Canada (830, 105 – 12th Ave S.E., Calgary, AB T2G 1A1), 403-262-1253, www.natureconservancy.ca, or the Laos Project at the University of Calgary (3330 Hospital Drive N.W., Calgary, AB T2N 4N1), www.netcommunity.ucalgary.ca/LCDI.