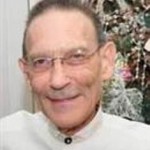 Dr. Robert Stahl Totz passed away peacefully on January 11, surrounded by family and friends after a courageous battle with cancer. Born August 17, 1944 in Gonzales, Texas to Melvin and Pauline Totz. Dr. Totz, the youngest of three children, was a very gregarious child with a great thirst for knowledge, often memorizing texts as early as elementary school. Known for being entrepenurial, he would resell wholesale bubblegum at school for a sizeable profit. His love for music began at an early age. In Junior High, he was such an accomplished percussionist, he was asked to join the High School Senior band.

After his studies he returned to Houston to begin his dermatology practice that would be his passion for the next 45 years. He was very well respected and loved by his colleagues and patients. He prided himself in carrying on the Mayo Clinic mantra of quality patient care. He had a great passion for music, art and a true love for Christmas. His annual Christmas parties were an indispensable sign of the season for those of us lucky enough to be invited to view the gorgeous decorations which he made himself.

The funeral will be held at 1:00 PM on Thursday, January 14 at Beth Israel Memorial Gardens, 1101 Antione, Houston, TX. In lieu of flowers, we ask donations be sent to the Mayo Clinic in his honor to continue the legacy he begun.