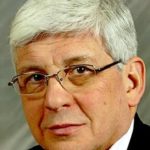 GREENVILLE – Robert Jay Tanenberg, MD, passed away peacefully on October 27, 2018 at Service League of Greenville Hospice House after a courageous battle for the past 11 months.

A private funeral and interment in a family plot were held in Chicago, IL. A memorial service will be held at St. Paul’s Episcopal Church, 401 East 4th Street, on Saturday, Nov. 3rd at 12 noon.

Robert was born November 20, 1945 in Chicago, IL. He graduated with honors from the University of Illinois, Urbana, IL in 1967. He received his medical degree from the University of Illinois, College of Medicine, Chicago and upon graduation he interned at Northwestern University Hospital, Chicago, IL. He did his residency at Mayo Graduate School of Medicine, Rochester, MN from 1972-1974. Afterwards, Dr. Tanenberg completed a fellowship in Endocrinology and Metabolism at the Clinical Research Center, University of Minnesota Hospital, Minneapolis, MN and completed an additional fellowship in Diabetes and Metabolism at the Joslin Diabetes Center in Boston, MA. He then joined the United States Air Force where he served as Major and Chief of Endocrinology at Malcolm Grow Medical Center at Andrews Air Force Base in Camp Springs, MD for 3 years.

In 1979, he founded a 5 physician private practice: The Endocrine and Diabetes Group of Wash., D.C., Chevy Chase, Maryland and Camp Springs, Maryland of which he remained President until he moved to NC in 1998. While in private practice, he held several academic and hospital appointments, including Assistant Professor of Medicine for the Uniformed Services, University of Health Sciences, Bethesda, MD and Director of the Diabetes Clinic and Chief of the Metabolic and Nutritional Service at U.S. Soldiers and Airmen’s Health Care Facility, Wash, D.C. For 18 years, he was a Clinical Associate Professor of Medicine at Georgetown University Hospital and School of Medicine, Washington, D.C., Medical Director of the Diabetes Treatment Center and an attending physician. Simultaneously he held various positions at Washington Hospital Center, Wash. D.C, including Director of their Diabetes Treatment Center and Senior Attending Physician.

He was recruited by ECU Brody School of Medicine in 1998 where he was a full-time Professor of Medicine, Section of Endocrinology, until he became ill in January, 2018. During his 20 year tenure at Brody, Dr. Tanenberg established a unique nationally recognized one-year clinical diabetes fellowship for primary care general internists and family physicians. The ECU Diabetes Fellowship is only one of two such programs throughout the country. Now in its 14th year, he served as Program Director and his graduates have improved diabetes care in historically underserved regions of the Carolinas and throughout the country. He also served as Director of the Inpatient Diabetes Program at Vidant Hospital, Director of the Diabetes and Obesity Center, and Medical Director of Clinical Diabetes Research.

Admired by medical students and residents, he was given the Master Educator Award at Brody. He was a champion of the American College of Physicians, mentoring numerous residents and their poster presentations and also giving state-of-the-art lectures at their chapter meetings. Dr. Tanenberg exemplified the master teacher, clinician, and advocate of high value care and achieved the level of Master in the American College of Physicians (MACP). During his 20 years at Brody School of Medicine he lectured extensively to physicians, educators, and patients on the treatment of diabetes and was a prolific publisher in his field of diabetes. Respected by many as a brilliant physician, medicine truly was his life.

Dr. Tanenberg was preceded in death by his father, Irving Tanenberg and his mother, Naoma Pinkert Tanenberg.

The family is very grateful to Dr. Tae Joon Lee and Dr. Qing Cao and the staff at Service League of Greenville Hospice House for providing their amazing care in what can best be described as the gateway to heaven. Much gratitude also to Dr. Ken Steinweg and the staff of MacGregor Downs, Asera Care Hospice, Dr. Robert Frere and the ECU Neurology team, and the staff on 3N Vidant. The family gives thanks to each and every one who walked this journey with them the past 11 months.

Obituary courtesy of The Daily Reflector