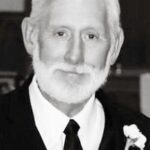 Robert Chad Wisco, M.D., 64, of Sioux City passed away at home on Sunday, Sept. 5, 2021, from complications from a rare thyroid cancer and more recently the brain cancer, glioblastoma.

Visitation will be from 10 a.m. to 1 p.m. on Saturday at Meyer Brothers Colonial Chapel. Private graveside services will be held. Online condolences may be directed to meyerbroschapels.com.

Chad was born the oldest of seven children on Dec. 18, 1956 to Alberta Witterholt and Robert Wayne Wisco. Growing up in Dubuque, Iowa, he graduated from Dubuque Senior HS in May 1975. While there he graduated 11th in a class of 500 students and was involved in many activities, including becoming the first Valentines’ Day King. In athletics he eventually gained state honors in both baseball and basketball. In 1975 he was elected boy athlete of the year at Senior HS. On Oct. 11, 2002, he was elected into Dubuque Senior’s athletic Hall of fame.

In 1975 he enrolled at Cornell College in Mt. Vernon, Iowa, graduating in 1979 cum laude with a chemistry major, biology major, liberal arts degree, and near mathematics minor. Again he was involved in many school activities. Athletically, he played one year of college baseball and four years of college basketball. He started in all but nine games and played in all but one. In 1977-78 and 1978-79 he was team MVP, first team all-conference, and became the team’s all-time leading scorer. He was also voted Division III first team academic All American in 1977-78 and 1978-79 and received a prestigious post graduate award. He was inducted into the Cornell College Athletic Hall of Fame on Oct. 19, 2001.

While at Cornell in early September 1977, he had a blind date with a younger co-ed named Angela Bean. From that date forward they were never apart. She was the love of his life. They were married on Aug. 16, 1980.

Choosing a career in medicine, he then enrolled at University of Iowa College of Medicine, graduating in 1984. Going into Internal Medicine he did a three year residency at the Medical College of Wisconsin (Milwaukee), followed by a three year Rheumatology fellowship at the Mayo Clinic in Rochester, Minn.

In 1990 Chad then went into private practice at the largest medical clinic in Milwaukee, practicing there for five years. During these years he and Angela had their three daughters, Allison Irene, Natalie Louise, and Valerie Ann Wisco. In October 1995, Chad and Angela moved to Sioux City and joined an internal medicine group as their rheumatologist. On May 28, 2001 he switched his practice to the Center for Neurosciences Orthopedics and Spine (CNOS). He remained with CNOS until his retirement in February 2021.

Chad was the only rheumatologist and eventually covered a very large area of NW Iowa, SE South Dakota, and NE Nebraska. He saw all rheumatology patients other than workers compensation and disability cases. He also did total consultative care for both hospitals until after his thyroid cancer. Chad was passionate about giving the best quality care to his patients. He was never late and would write every patient a report of any testing or studies done. He wrote more than 100,000 letters. He worked every day up to 16 hours daily managing his patients and never took a day completely off work. Work did compromise a number of his life activities.

Chad loved his family, fishing in Wisconsin, close friends, and crossword puzzles. He was an expert in doing jigsaw puzzles, completing up to 9000 piece puzzles.

He was preceded in death by his mother.

In lieu of flowers please direct donations to the family for future designation to a scholarship fund or memorial to be established in Chad’s name.