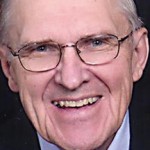 He graduated from Ishpeming High School in 1956, attended Finlandia (Suomi) University, and graduated from Northern Michigan University, and University of Michigan Medical School. Roger specialized in Psychiatry and was a Flight Surgeon in the United States Air Force retiring as a Lieutenant Colonel. On June 6, 1964, Roger married Karen Filby. He enjoyed gardening, traveling, and all things Finnish.

Roger was involved in the community, volunteering at CHUM, Loaves and Fishes, and Union Gospel Mission, just to name a few. He was an active member of Kenwood Lutheran Church.

Roger is preceded in death by his parents.