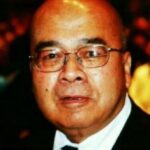 Rungson Sittipong was born in 1941 in the northern province of Chiang Mai, Thailand. As a young man, he and his family moved to Bangkok where he was educated at the Christian School as a young boy, and ultimately earned his medical degree at the young age of 22. He graduated number one in his medical school class and received his diploma directly from His Majesty, The King of Thailand.

In 1966, Dr. Sittipong traveled to the opposite side of the world, arriving in Duluth, Minnesota, where he planned to spend one year of medical study. During that year, he was invited to Rochester and became acquainted with many of the tenured doctors at the Mayo Clinic. His knowledge and dedication impressed those at Mayo so much that he was invited to spend an additional year in Rochester. That year of study was the genesis of a 53-year career at Mayo in the Department of Anesthesia, where he was awarded the high honor of being named “Teacher of the Year” multiple times.

Dr. Sittipong enjoyed trips to northern Minnesota to fish and enjoy the weekends with friends and colleagues. He loved games of chance and casino gambling (a carryover taught to him by his grandmother). He enjoyed international travel, circling the globe some 61 times.

Dr. Sittipong was revered by his students, his broad circle of friends, and remained responsible for maintaining a close connection with thousands of Thai students (over the years) who come to Mayo every year for their medical training. Dr. Sittipong is survived by a “family” of friends that stretch around the world, one Godson – Maxwell A. Shapiro, and was beloved by his neighbors and the staff at The Charter House where he lived for the last 20 years.

A memorial service and celebration of Dr. Sittipong’s life will be held on Tuesday evening, September 1, 2020, with a visitation scheduled from 5:00pm to 7:00pm, followed by a brief program. Services will be held at the Ranfranz and Vine Funeral Home, located at 5421 Royal Place NW, Rochester, Minnesota 55901.