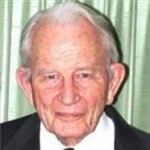 Stanley W. Olson passed away February 13, 2016. He was born February 10, 1914, in Chicago, the son of David and Agnes Olson. He married Lorraine C. Lofdahl on June 26, 1936. He Graduated from Wheaton College in 1934, and from the University of Illinois College of Medicine in 1938. He was an intern at Cook County Hospital and a Fellow in Internal Medicine at the Mayo Foundation. He became a member of the medical staff of the Mayo Clinic serving as Assistant Director of the Mayo Foundation for Education and Research. In 1950, Dr. Olson was appointed Professor of Medicine and Dean of the University of Illinois College of Medicine. In 1953, he became Dean of Baylor College of Medicine in Houston, Texas, a post he held for 14 years. From 1966 to 1972, he held positions as Professor of Medicine and Director of the Regional Medical Program at Vanderbilt University; Director of the Regional Medical Program of the US Public Health Service in Washington, DC; and, President of the Southwest Foundation for Research and Education in San Antonio, Texas.
In 1972, Dr. Olson developed a plan for the establishment of a medical school in northeastern Ohio for a consortium of the University of Akron, Kent State University and Youngstown University. When the Northeastern Ohio Universities College of Medicine was funded, he was appointed Provost of the school where he directed the development of the faculty and facilities until the medical college was accredited in 1980. Dr. Olson retired from administration at the age of 65 to become a consultant in medical education to the University of North Dakota, Morehouse School of Medicine in Atlanta, Ponce School of Medicine in Puerto Rico and the City University of New York. Beginning in 1990, he served on a voluntary basis as special assistant to the Regional Dean of the University of Illinois College of Medicine at Rockford.
Dr. Olson received numerous honorary doctoral degrees, including Wheaton College, the University of Akron, Morehouse School of Medicine and NEOUCOM. He was recognized as an Outstanding Alumnus by Wheaton College, the University of Illinois College of Medicine and the University of Minnesota. He was a Fellow of the American College of Physicians and a member of the Christian Medical Society. He served on numerous committees for the Federal Government, the Association of American Medical Colleges and the American Medical Association. He is the author of several publications in professional journals. Member of the First Evangelical Free Church, Rockford, Illinois where he served on the Missions Commission and on the Church Council. He developed archives for the church from its founding in 1884 through 1935. Survived by his daughter, Patricia (James) Prochaska; sons, Richard (Mary) and Robert Olson; nine grandchildren; and eleven great-grandchildren. He was preceded in death by his parents, wife of 70 years, Lorraine and brother, Howard.
Service will be at 2 p.m. Tuesday, February 16, 2016, in First Evangelical Free Church, 2223 N. Mulford Rd., Rockford, Illinois. Visitation will be prior to the service beginning at 1 p.m. Burial in Arlington Memorial Park. No flowers please. Memorial contributions may be made to the Lofdahl Missionary Fund at the First Evangelical Free Church, Rockford, Illinois. Arrangements by Olson Funeral & Cremation Services, Ltd. To send a memory or condolence visit olsonfh.com.