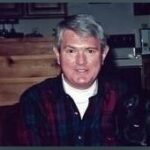 Thomas Eugene Henson
August 11, 1937 – February 27, 2021
Boise, Idaho – Thomas Eugene Henson, M.D., 83, of Boise passed away peacefully on February 27, 2021 at St. Luke’s Regional Medical Center. Tom was born on August 11, 1937 in Elwood, Indiana to Ty and Betty Henson. Tom’s parents divorced when he was quite young. Betty later married Edwin Sommer, who served as Tom’s father figure. They lived in South Bend, Indiana where Tom was raised. After graduating from high school, he went to college at Indiana University in Bloomington. He married Ann Philipson in the summer of 1958 before he enrolled in medical school at Indiana University School of Medicine in Indianapolis. They had their first son, Doug, in 1962 shortly before Tom graduated. Tom then did his internship in internal medicine followed by neurology residency also at IU Medical Center. He then went to work at the National Institutes of Health in Bethesda, Maryland. They also got to spend some time on the island of Guam while Tom was serving in the US Public Health Service. Then they moved to Rochester, Minnesota where Tom was on staff at the Mayo Clinic. It was there that their son, Scott, was born in 1968. They spent a year in Santa Ana, California before ultimately settling down in Boise in 1972. Tom helped form the first neurology group practice in Idaho, Boise Neurology Associates. He had a thriving practice and many grateful patients throughout his career. He and Ann divorced in 1984. Then in 1987 he met and fell in love with Pam Malone, a nurse at St. Luke’s. They were married in 1989. Tom retired from clinical practice in 1997 but remained active in various business endeavors.
Tom thoroughly enjoyed his retirement years. Tom and Pam moved to beautiful Sequim, Washington on the Olympic Peninsula in 1998. When Tom’s first grandchild was born, they returned to Boise in 2003 to be closer to family. Tom’s son, Doug, is a nurse living in Ephrata, Washington with his wife, Terri. Tom’s son, Scott, is a General Surgeon living in Boise with his wife, Bridget, and their three children, Cal, Sam, and Maeghan.
Tom was a quiet, thoughtful, and generous person who was an avid reader and learner throughout his life. He was very knowledgeable in the realm of finance and investment. He loved supporting his Hoosier athletic and academic programs. In retirement he enjoyed golfing, fly fishing, and traveling. He especially enjoyed fine cuisine. Tom loved his grandchildren very much. He was also very proud of his son’s successes in their health care careers. Some of his favorite moments were family gatherings and celebrations.
Tom and the rest of the family are eternally grateful for the loving care Pam provided to Tom these past couple years as his health progressively declined. We are also so appreciative of all his doctors and for the excellent care he received from St. Luke’s over the years and especially near the end of his life.
Tom is survived by his wife, Pam, his sons Doug (Terri) and Scott (Bridget); grandchildren Callum, Sam, and Maeghan; and his younger sister, Susan Sommer of Nashua, New Hampshire.
He was preceded in death by his father, Ty Henson; mother, Betty Sommer; and his stepfather, Edwin Sommer.
Tom will be greatly missed by his family and friends, and his memory will be cherished forever.
Arrangements have been made at Cloverdale Funeral Home. A private family service is planned. Condolences and memories may be left on Tom’s webpage at cloverdalefuneralhome.com
Memorial donations may be made to St. Luke’s Health Foundation at stlukeshealthfdn.thankyou4caring.org or to the Nature Conservancy at nature.org