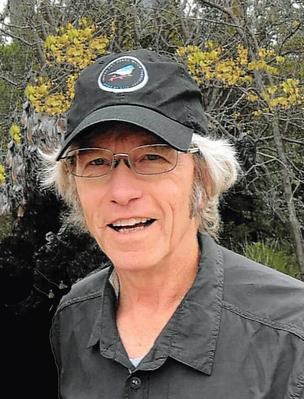 Marshfield – Thomas Lee Sell, M.D., age 68, died on December 9, 2019 at the House of the Dove, Marshfield, Wisconsin 14 months after a diagnosis of glioblastoma. No local services are planned.

Thomas was born June 3, 1951 in Ann Arbor, Michigan, the first child of Richard and Ruth (Stitt) Sell. He attended grade school in a one room schoolhouse near his home and later transferred to Ann Arbor public schools where he graduated from High School in 1969.

He graduated from the University of Michigan with a B.S. degree in Zoology in 1973. Thomas then began Medical School at Wayne State University in Detroit, MI where he met and married fellow student Patricia Kuzma in 1976 in Dearborn Heights, MI. The same year he was elected as a member of Alpha Omega Alpha, the Medical Honor Society. Following graduation in 1977, the couple moved to Rochester, MN for Graduate training in Internal Medicine at the Mayo Clinic. The family then returned to the University of Michigan where Thomas completed an Infectious Disease Fellowship in 1982.

From 1982-1986 Thomas joined the faculty at Wayne State University in the Infectious Disease Division at the Veteran’s Administration Hospital in Allen Park, MI.

In 1986, he began his 29 year career at the Marshfield Clinic in Internal Medicine and Infectious Disease. Additional positions in Marshfield included Employee Health and Safety physician for 2 decades, hospital infection control, Aviation medical examiner and duties as a Civil Surgeon performing immigration health exams where he was privileged to meet many talented and interesting people.

Thomas loved adventure. At age 15, he hiked 220 miles across Michigan from coast to coast with two friends, carrying all provisions needed for the trip. He became an Eagle Scout in Dixboro, MI and used those outdoor skills throughout his life. Mountain climbing, downhill skiing, aviation, boating, bird watching, hiking and travel were some of his many interests.

Since 1985, his second home has been Beaver Island Michigan.

Thomas was preceded in death by his parents, aunts and uncles and in-laws.

The family expresses deep gratitude for the support of so many throughout Tom’s final journey. Special thanks to Dr. Benjamin Lawler and his nurse Tammy, Ascension at Home team, Marshfield Senior Services, Ascension staff at House of the Dove, along with our wonderful family and friends.

In lieu of flowers or memorials, consider honoring Tom’s memory with a random act of kindness.