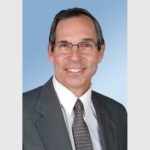 Stillwell, Dr. Thomas beloved husband, father, son, physician, pilot, veteran, and friend, of Plymouth, Minnesota, died on May 8, 2019 in the crash of a single engine airplane near Moose Lake, Minnesota. Thomas Jay Stillwell, son of Adele Koepsell Stillwell and R. Jack Stillwell, was born on Sept. 24, 1953. He joined the US Navy in 1978 and earned his MD in 1982. Dr. Stillwell trained as a urologist at the Mayo Clinic, then practiced on the medical faculty of Balboa Naval Hospital in San Diego, CA, where he inspired the next generation of urologists. In 1990 and 1991 Dr. Stillwell served in the first Gulf War in a mobile surgical hospital, treating US Marines as well as Iraqi soldiers. After moving to Minnesota in 1991, Dr. Stillwell practiced as a urologic surgeon in the Twin Cities and throughout rural Minnesota, most recently as a physician with Minnesota Urology. In 1994 he fulfilled a lifelong dream by obtaining his private pilot license. Dr. Stillwell became a longstanding member of Club Cherokee flying club at Crystal airport, where he was known as a meticulous pilot and logged more than 2,000 hours of flight time. Known as the “flying doctor,” Dr. Stillwell combined his love of flying with his expert and compassionate patient care. Up to 12 days each month he flew to outreach clinics in rural communities, including Mora, Onamia, Moose Lake, and Sandstone, MN, and Grantsburg, WI, to serve patients who otherwise might not have had access to specialized care. Dr. Stillwell was also a member of the 8th Air Force Historical Society of Minnesota. He organized several trips for the members, in which private pilots from the Twin Cities flew veterans to various historical and aviation-related locations. Dr. Stillwell will be remembered for his abundant generosity and remarkable empathy in both his professional and personal lives. He is survived by his spouse, his mother, four children and their spouses, six grandchildren, four siblings and their spouses, as well as dozens of cousins, nieces and nephews. He was preceded in death by his father. Visitation 5-8pm Tues. May 14 at Washburn-McReavy Eden Prairie Chapel. Mass of Christian Burial 10:30am Weds. May 15 at St. Olaf Catholic Church, 215 S. 8th St. Mpls, with visitation one hour prior. Burial at Fort Snelling Cemetery in a private service. In lieu of flowers, memorials to St. Olaf Catholic Church or the Surgical Technology Scholarship Fund of Anoka Technical College Foundation. Washburn-McReavy.com Eden Prairie Chapel 952-975-0400 7625 Mitchell Rd (1 blk N of Hwy 5)