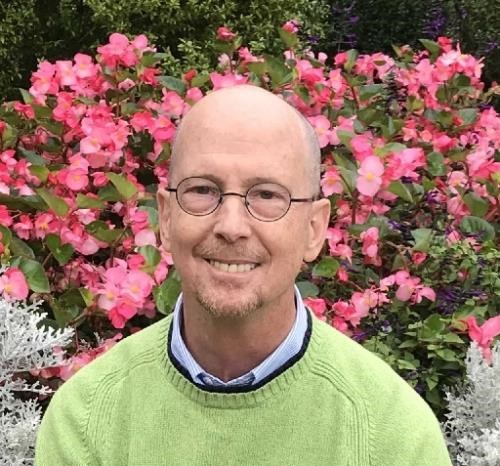 Dr. William Francis McKemie Daniel, Sr., 65, of Bowling Green, KY passed away after a three-year battle with cancer on August 13, 2020 at his home surrounded by family. He was born December 2, 1954 in Birmingham, AL to Kenneth and Virginia Daniel. He graduated from Mountain Brook High School in 1973, received a B.A. from the University of Mississippi in 1977, a Doctor of Medicine from The Medical School at the University of Alabama in Birmingham in 1982 where he met and married his bride of 40 years, Annie Burnette. He completed his general surgery residency at the Mayo Graduate School of Medicine in Rochester, MN in 1987. During his residency he was class representative of the Surgical Education Committee 1983-1986, chairing this committee from 1986-1987. He was admitted as a Fellow to the American College of Surgeons in 1992. He was on the Alabama State Committee of Trauma in 1987 after beginning his surgical practice in Dothan, AL. After moving to Bowling Green, KY in 1989 he joined Graves Gilbert Clinic and practiced surgery there until 2010. While at GGC he was a member of the Board of Directors in 1991-1994 and 1996-1999 and was President of the Board of Directors 1998-1999. He also chaired the Department of Surgery at The Medical Center Bowling Green in 1991 and 1996. He was on the Board of Directors of the Bowling Green Christian Academy 1997-2002 and was Vice-President of that Board 2001-2002. He opened a private surgical practice in Franklin, KY in 2011. In April of 2013 he joined the staff of CHC at the Medical Center Franklin and practiced until his leave of absence, October 2017, and final retirement in September 2018. He served as Vice President (2012) and President (2013) of the Medical Staff at Medical Center Franklin an also served as a Clinical Professor of General Surgery for the University of Pikeville, KY College of Osteopathic Medicine from 2013 until October 2017. Dr. Daniel lived an involved and fulfilling life outside of his surgical practice. He had a love for the outdoors which began in his youth when he earned his Eagle Scout at the age of 15. This continued into his adult life where he actively participated in hunting, target shooting, and amateur nature photography. He was an enthusiastic fan of everything Ole Miss and disciplined himself to earn his first degree blackbelt in Goju-Shorei Karate. But the greatest passion of his life was serving his Lord and Savior, Jesus Christ. He was a member of Living Hope Baptist Church where he helped shape church policy as an elder 2001-2010 and 2016-October 2017. He received great joy from teaching in the Children’s Ministry as a Sunday School Teacher from 1998 until his passing where he shared the Gospel and mentored hundreds of youth through the years. He continued his active ministry outside of the church by sharing the Gospel with friends and coworkers, providing medical care in Nicaragua, Honduras, Indonesia, and Niger, and praying with each patient and family during his years of surgical practice; an act he considered a great privilege. Dr. William F. M. Daniel, Sr. is survived by his wife, Annie Burnette Daniel, his children Emily Collier Daniel, Tara Anne Daniel Toebbe (Joshua), and Dr. William Francis McKemie Daniel, Jr., PhD., his grandchildren Mckemie Anne Toebbe, Joshua ‘Davis’ Toebbe, Jr., and Rose Cristina Cavanaugh, brothers Kenneth Latimer Rule Daniel, Jr. (Mary), Cullen Coleman Daniel, II (Linda), and Robert Tennent Simpson Daniel (Caroline). He is preceded in death by his mother Virginia Moody Simpson Daniel and his father Kenneth Latimer Rule Daniel, Sr. Friends and family are cordially invited to a visitation with the family from five o’clock in the afternoon until seven o’clock in the evening on Wednesday, August 19, 2020 at Ridout’s Valley Chapel in Homewood, AL. A graveside service for Dr. Daniel will be Thursday, August 20, 2020 at ten o’clock in the morning at Elmwood Cemetery in Birmingham, AL In lieu of customary remembrances,memorial contributions may be directed to Saint Jude’s Children Research Hospital, 501 Saint Jude Place, Memphis,TN 38105