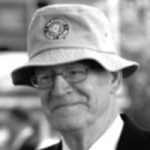 Bill graduated from St. Albans School in Washington, D.C., in 1955. He attended Haverford College in Bryn Mawr, PA. Three years later, Bill was accepted into Yale University Medical School in New Haven, CT. He graduated with his Medical Degree in 1962 and completed an internship at Mary Fletcher Hospital in Burlington, VT. During this time, he met and fell in love with Elaine Comi, a bright and engaging nursing student.

As Bill was about to begin his residency, he was drafted into the 82nd Airborne Army Division at Ft. Bragg, NC. Neither Bill nor Elaine liked the idea of being apart, so they married at Ft. Bragg on Oct, 26, 1963, and began their life together. After serving with the 82nd for 6 months, Bill was transferred to the newly organized Special Forces division, where he trained medics to care for the injured soldiers serving in Vietnam. At Ft. Bragg, Bill learned to jump out of airplanes, which he thought was required. He later learned it was actually optional … but it all worked out because Bill discovered he rather enjoyed jumping out of planes!

After his military discharge in 1965, Bill began a residency program in internal medicine at the Mayo Clinic in Rochester, MN. After one year, he switched his specialty to psychiatry and finished his residency in 1969. Bill and Elaine moved to the Washington, D.C., area, and Bill worked at the Psychiatric Institute of Washington. In 1972, Bill started a private practice in Maryland and was the head of several local addiction programs. In 1980, Bill became interested in the administrative side of psychiatry, and he became the medical director of various hospitals and clinics throughout the country, including in Hudson, OH, Clearwater, FL, Albemarle, NC, and Clarksburg, WV.

In 1997, Bill came to Logan, UT, to investigate a position at Bear River Mental Health (BRMH). He instantly fell in love with Cache Valley and BRMH, and he immediately accepted the position of medical director. He thoroughly enjoyed his associations there, especially the time spent with his clients. Bill was passionate about mental health and felt tremendous joy at seeing his patients improve and feel more hope in their lives. In 2007, Bill retired.

Bill and Elaine started their family with two children, Christopher and Margaret, born in 1970 and 1971. As a “zero population couple,” Bill and Elaine thought their family was complete. However, in 1975, Bill and Elaine were introduced to The Church of Jesus Christ of Latter-day Saints, and they were baptized in 1976. They quickly realized they desired more children, and their daughter, Catherine, was born in 1977 – soon followed by Elizabeth in 1979, Jonathan in 1981, and Timothy in 1983. They affectionately refer to them as their before-church (B.C.) and after-church (A.C.) children.

Bill loved the gospel of Jesus Christ, and he lived it. His life and person exuded love. His testimony never wavered after his conversion. Bill served in many callings in the church, including Elders Quorum presidency, Blazer teacher, counselor in the bishopric, high councilman, Cub Scoutmaster, organist, and Primary pianist, which he loved the most. He was a sincere and devout home teacher and took that responsibility seriously.

Bill was most devoted to his family. He was a loving and devoted husband and father. He enjoyed swimming with his family – whether it was in our pool or in nearby lakes or oceans. Bill loved being in nature. He liked to go on leisurely bike rides and hikes. Bill savored our family vacations. He was an amazing pianist and vocalist. One of our fondest ways to remember Bill will be at the piano, all of us gathered around, singing together. He was an avid athlete, loving tennis and squash. Bill enjoyed reading poetry and literature, along with listening to and appreciating a wide variety of music-from classical music and opera to jazz and popular styles.

His beautiful life will forever be cherished by his wife, Elaine, and his six children and their spouses: Christopher Weber (Logan, UT), Margaret and John Dehlin (Logan, UT), Catherine and Spencer Scott (Holladay, UT), Elizabeth and Joshua Kay (New Harmony, UT), Jonathan and Courtney Weber (Charlotte, NC), and Timothy Swan Weber (Logan, UT). Bill loved his 12 grandchildren: Audrianna, Maya, Clara and Winston Dehlin; Stratten, Caroline, Susannah and Eliza Scott; and Alexander, Julia, Charlotte and William Kay.
He is survived by his brother, Charles S. Weber of Oceanside, CA, his stepbrother and his wife, Dr. Thomas and Sandy Brushart of Baltimore, MD, his 101-year-old stepmother, Ruthanna Brushart Weber, and several nieces and nephews. He was preceded in death by his parents, Charles Swan and Helen Lawson Weber, and his beloved sister, Diana Weber Palms.

A memorial service will be held Mon., Nov. 14, 2016, at Allen Mortuary, 34 E. Center St., in Logan, UT, at noon. A visitation with the family will be from 10:30 to 11:30 a.m. before the service. Burial will take place at a later date in Hope Cemetery in Barre, VT.
A special thank you to the people of Sunshine Hospice, especially Shalise, Konner, Dominick and Sam. Appreciation is given to the members of the Caregivers Support Group. A final thank you is offered to Ben Ogilvie, Nathan Nix, Timothy Weber and Chris Weber. Your love and caring hands allowed Bill to live his final years with dignity and great care.

In lieu of flowers, contributions can be made to the University of Utah Clinical Neurosciences Center, 175 N. Medical Drive East, SLC, UT, 84132.

We love you, Will, and will miss you.

Condolences and memories may be shared with the family online by visiting www.allenmortuaries.net.