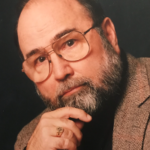 Funeral Several Services for Dr. William M. “Bill” Sanders, Sr., age 84 of Prattville, will be held on Thursday August 29, 2019 at 11:00 A.M at the First United Methodist Church of Ashland with visitation one hour prior to services, and followed by Masonic Graveside Rites in the Ashland City Cemetery. Dr. Sanders who was born in 1935 in Chester, South Carolina passed away Saturday August 24, 2019 at his home in Prattville after an extended illness.

Having grown up in Ashland, he graduated from Clay County High School (CCHS) in 1954 where he was Valedictorian and President of his senior class and Student Body. He was selected as an All-State Football player in 1953.

After graduating from CCHS, he attended the University of Alabama in Tuscaloosa and graduated Phi Beta Kappa in 1957. He was then accepted to the Medical College of Alabama in Birmingham (now UAB) and graduated in 1961 with his M.D. degree. He completed his post-medical school training in Psychiatry at the Mayo Clinic in Rochester, Minnesota. In 1963, he was direct commissioned as a Captain in the United States Air Force and was stationed at Maxwell Air Force base in Montgomery. He served in the USAF Medical Corps from 1963-1965.

During his professional life he was a visiting Associate Professor for two years at Bucknell University in Lewisburg, Pennsylvania. He served on the Alabama Environmental Management Commission for six years and three of which, he served as Chairman. He served under three Alabama Governors during his time with the commission.

Dr. Sanders practiced family medicine for 25 years in Prattville and another 20 years as a psychiatrist working MHM as a contractor with the State of Alabama Board of Corrections in the correctional system.

Dr. Sanders and his wife of 63 years, (Alta Mary Ingram of Ashland), met in Junior High and were together from that time forward. They have shared many decades together. They have called Prattville, Alabama home for almost 40 years.

Dr. Sanders had many interests and a genuine love for the practice of medicine and the care of his patients. Many knew him as “the only Doctor who actually made house calls until the day he retired.” Dr. Sanders treasured his family and friends. He was an outdoorsman with a passion for hunting, shooting, fishing and golf. He was also a 32nd Degree Scottish Rite Mason.

And three Great Grandchildren: Amzie Owens; Nellie Owens and Crosby Owens. He is survived by his older brother; George A. Sanders, Jr. and his wife Mary (Glass) Sanders and their children: Molly, Sally, George A. and Dick.

Dr. Sander’s favorite bible verse was Proverbs 3:5; “Trust the Lord with all your heart and lean not on your own understanding. Acknowledge Him in all your ways and He will direct your paths.” His favorite hymns were “Amazing Grace” and “In the Garden.”