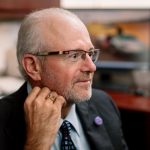 Scott Nyberg, M.D., Ph.D. (S ’96), Division of Transplantation Surgery and director of the liver program at the Mayo Clinic Center for Regenerative Medicine and head of Mayo Clinic’s artificial liver program, credits his big dreams to an eighth-grade science teacher in Willmar, Minnesota, Odette Hedlund, who died in 1993.

“She’d been involved with the Manhattan Project, had worked for Honeywell and had patents and success,” says Dr. Nyberg. “She decided to become a teacher to change people’s lives. 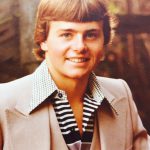 “On the first day of class, she told us to get gumption, to not be mediocre and to change the world. Some of us listened. One classmate, George ‘Pinky’ Nelson, Ph.D., became an astronaut. Another, physicist Dale Fixsen, Ph.D., was part of a team who won the Nobel Prize for Physics in 2006.”

Dr. Nyberg says another teacher – math teacher Elaine Adams, who died in 2014 after a more than 50-year career of teaching – sent away for a college application from the Massachusetts Institute of Technology (MIT) on his behalf and then wrote an “amazing letter” that got MIT’s attention. Dr. Nyberg went on to receive an undergraduate degree in chemical engineering from MIT.

“Those teachers made a difference to me,” he says. “I have a sense of obligation to carry the torch, not waste my training, and mentor the next generation.”