Have you ever asked Ph.D. students to summarize their research? And then walked away with no idea what they were talking about? It’s a common experience. They’re used to communicating with other specialists in their fields and often forget how laypeople talk.

To improve understanding of research, the Three Minute Thesis (3MT) concept was born at the University of Queensland in Australia in 2008 and has become a global sensation. 3MT challenges participants to describe their research within three minutes to a general audience, using only one slide as a visual aid.

This competition gave biomedical scientists working toward the Ph.D. degree an opportunity to disseminate their research and refine their elevator pitches — oral presentations that are concise, memorable and understandable by a nonscientific audience as determined by a panel of judges. 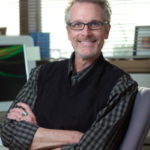 “Besides insatiable curiosity, probably the most important ingredients for success in science are excellent communication, writing, illustrating and speaking,” says Louis (Jim) Maher III, Ph.D. (BIOC ’95), dean of Mayo Clinic Graduate School of Biomedical Sciences. “Scientists must effectively communicate with other scientists and funding agencies as well as the public. Being able to explain clearly, understandably and succinctly the excitement and relevance of our work helps convey why investment in science is so vital.” 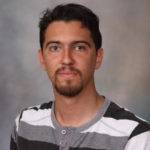 The winner of the competition was Ph.D. student Gabriel Martinez Galvez (BME ’19), who also won the audience’s People’s Choice award. (Watch video of his Three Minute Thesis.) In addition to winning travel awards, Martinez Galvez won sponsorship to attend the Midwest 3MT competition in April in Grand Rapids, Michigan, where he’ll give a three-minute presentation about engineering artificial intelligence tools to improve the robustness of gene editing experiments. 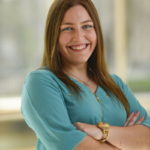 The second-place winner in the competition was Ph.D. student Luz Cumba-Garcia (IMM ’21).

Postdoctoral fellows jump on board the 180-second train

Jumping on the bandwagon, the Mayo Research Fellows’ Association hosted an inaugural Elevator Pitch Competition in December. Twelve postdoctoral research trainees explained their research projects to a panel of judges and an audience of their peers in three minutes. 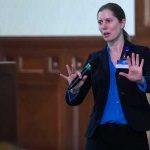 Jennifer Reiman, Ph.D. (IMM ’10), senior research fellow in the Integrated Science Education Outreach in Biochemistry and Molecular Biology, won the competition. “As scientists, we get very focused on the details of our research and use scientific jargon when we talk about our work,” she says. “Being able to tell a shortened story that brings in the big picture and that anyone can understand is essential for communicating and connecting with the public.”

Dr. Reiman’s research suggests that humidification may aid in the fight against influenza. Seasonal flu thrives in low humidity, and absolute humidity drops before every seasonal flu epidemic. In a study on the use of humidifiers in a preschool, fewer children developed flulike illness, fewer flu-positive samples were found, and flu-positive samples contained less flu and were less able to cause infection in humidified rooms, compared to rooms with no humidifier. 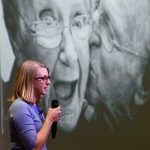 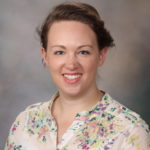 Kay Pepin, Ph.D. (BME ’15), vice president of the Mayo Research Fellows’ Association (MRFA) and a research fellow in the Department of Radiation Oncology, suggested the Elevator Pitch Competition idea to the MRFA. “As research trainees, as the name implies, we receive a lot of training in how to communicate our work,” she says. “I believe this is an important skill for everyone in research. An elevator pitch competition was a good opportunity to practice and a fun way for fellows to share their research with colleagues in the MRFA.”

Continuing the concept, the Young Investigators Research Symposium will feature an elevator pitch component on March 23. Learn more about that event or register to submit an abstract.