In 1915, the Mayo Foundation and the University of Minnesota announced a joint program – the first three-year university-based program to train graduate physicians in specialty practice. The announcement clarified that:

… the objects of this graduate work in medicine are the training for medical practice or fully equipped and properly certified specialists and of investigators and possible teachers of medicine.

The primary goal of the Mayo program was to train specialists. Eventually, specialty board certification replaced master’s degree and Ph.D. programs as proof of competency, and residency training programs changed.

Eligibility for the Mayo-University of Minnesota program included a bachelor’s degree or equivalent, a medical degree and one year’s experience as an intern. A Ph.D. required three full years of graduate study, the master’s degree in clinical subjects required two or three years, and the master’s degree in laboratory science required one year. The requirement for Mayo Foundation graduate students to graduate from medical school and have done an internship was waived for those pursuing degrees in the fundamental laboratory sciences.

In August 1916, the program had 71 Mayo Foundation trainees and 36 University of Minnesota trainees. The first graduate degrees in the Mayo Foundation program were conferred on June 14, 1917, to four trainees: 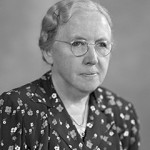 Dr. Drips, of La Crosse, Wisconsin, received her undergraduate degree at the University of Wisconsin in 1907 and completed one year of medical school there. She completed her master’s work in histology at Mayo Clinic from 1913 to 1917, when she also was a laboratory assistant in the Division of Experimental Surgery, working with Louis Wilson, M.D. (PATH 1905), W. C. MacCarty, M.D. (I, ’39, R-D ’42), Frank Mann, M.D. (PATH ’47).

Dr. Drips received her medical degree from the University of Minnesota in 1921. She completed a residency in medicine at Mayo Clinic and became a consultant in medicine in 1924. Her primary clinical interest was endocrinology. Dr. Drips retired as an associate professor in 1949.

Dr. Louis B. Wilson was in charge of the laboratories at the Clinic. I went to see him about getting a job. The laboratory was located in the basement of St. Marys Hospital.

He was in the habit of hiring girls who had had a high school education only and teaching them his own procedures in the preparation of slides for the laboratory. He was not in the least impressed by the fact that I had had a year of medicine. He told me bluntly that I was not to think that I knew how to prepare his slides because I had had courses in histology and pathology. I was to learn how to do this from the young women in his laboratory whom he called his “angels.” … I was fortunate in being thrown first with these two skillful workers who were most generous with their help.

I expect to graduate from a Bacteriology major at the University of Wisconsin in June, and hope to put what knowledge I have acquired to some practical use. … If there is a possibly opening for me, I should be very grateful to you for considering me as a candidate.

Further correspondence ensued and, in May 1916, Dr. Wilson replied with acceptance to the Mayo Foundation program:

We would be glad to have you report for duty at your earliest convenience. 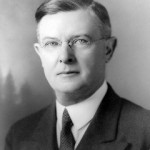 Dr. Crispin, of Salem, New Jersey, received a bachelor’s degree (Ph.B.) in 1902 from Illinois College in Jacksonville, Illinois, and a medical degree in 1906 from Johns Hopkins University. He received a master’s degree in medicine in 1917 from the University of Minnesota. He was a pathologist from 1906 to 1907, a medical and surgical resident from 1907 to 1909, and a roentgenologist from 1909 to 1910 at the Pennsylvania Hospital in Philadelphia. He joined Mayo Clinic in 1913 and left in 1916 to practice in Los Angeles. During the war, he was commander in the Medical Corps of the U.S. Naval Reserve, on active duty from November 1917 to March 1919. 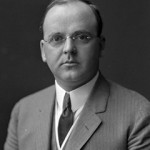 Dr. McMahon was a fellow of the American College of Surgeons.

In 1913, Dr. McMahon was concluding an internship at Germantown Hospital in Philadelphia, Pennsylvania. He had been corresponding with Louis B. Wilson, M.D., about a residency. Dr. Wilson wrote to him on Nov. 7, 1913:

If you have any time for special study before beginning your service here, I would suggest you use every opportunity for the study of post mortem technique. In the absence of any preparation or inclination toward any special line of research work in Pathology which you have, I would suggest that you give your attention to the general problem of renal tuberculosis.

I note that you are at liberty to come here on service anytime after January 1st, and I will notify you as soon as there is room for you to work.