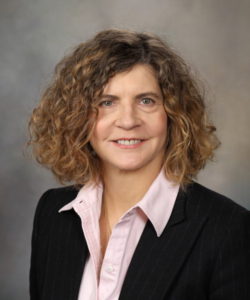 Over the past two decades, Dr. Roger’s research has focused on the epidemiology and outcomes of cardiovascular diseases (CVD). She and her team made notable contributions to the understanding of the evolving epidemiology of CVD, specifically in the study and respective outcomes of myocardial infarction, heart failure and atrial fibrillation. In doing so, Dr. Roger and her team assembled large population-based cohorts of patients who experienced CVD and, within these cohorts, developed a major line of work on multimorbidity, multiple chronic conditions, and social determinants of health related to the presentation and outcome of CVD. Her formidable research also extends to the development of novel approaches for “electronic epidemiology,” using large-scale datasets and electronic health records.

“Dr. Roger has established herself, both nationally and internationally, as a pioneering and preeminent cardiovascular epidemiologist in her generation. Her work and discoveries have seminally advanced critically important aspects of cardiovascular diseases, all of which have high relevance and immediacy for patient care as well as health care policy,” says Karl Nath, M.D. (NEPH ’96), in his nomination of Dr. Roger for the Distinguished Investigator honor.

A prolific author, Dr. Roger’s contributions to cardiology and medicine are reflected in over 740 papers and abstracts, including nearly 400 peer-reviewed research articles, in addition to numerous letters, editorials, book chapters and abstracts.

Her accomplishments are also widely recognized through many prestigious appointments and awards. Dr. Roger completed two terms on the Mayo Clinic Board of Governors and Mayo Clinic Board of Trustees. She previously served as the founding director of the Center for the Science of Health Care Delivery and is a former chair of the Department of Health Sciences Research. At the American Heart Association, she has served more than 20 years as a Fellow on the Council on Clinical Cardiology and Council on Epidemiology and Prevention and chaired the Statistics Committee, the Policy and Evaluation Subcommittee and the Clinical Data Standards Task Force. She is current chair of the American Heart Association Council on Epidemiology and Prevention. At the National Heart, Lung, and Blood Institute of the NIH, she served on the Advisory Council and currently serves on the Board of Scientific Counselors; she chairs the Observational Study Monitoring Board of the Atherosclerosis Risk in Community Study, and the Steering Committee of the Coronary Artery Risk Development in Young Adults (CARDIA) study.

This year, Dr. Roger received the Alumni Award of Merit from the University of Minnesota School of Public Health and was elected Distinguished Scientist of the American Heart Association, which honors members who have made extraordinary contributions to cardiovascular and stroke research. She is a past recipient of the Mayo Clinic Department of Medicine Outstanding Investigator Award and the Mayo Clinic Department of Medicine Research Career Achievement Award. In 2014, she was awarded a silver medal from the European Society of Cardiology and was also named by Thomson Reuters as one of the “World’s Most Influential Scientific Minds.”

Dr. Shah was the first director in the Office of Postdoctoral Affairs and is a member of the institutional Research Committee, as well as the Cancer Cell and Tumor Biology programs. In addition, he has served as medical director of Mayo Clinic Global Business Solutions and is associate director for the Mayo P30 Digestive Disease Center for Cell Signaling in Gastroenterology. He currently leads a task force to engage Mayo divisions and departments in accelerating research.

He received his Bachelor of Science degree in medical science from Northwestern University, where he also received his medical degree and served his residency in internal medicine. Dr. Shah completed a clinical and research fellowship at Yale University.

Outside of Mayo Clinic, Dr. Shah has been inducted into the American Society of Clinical Investigation. He was associate editor for the American Journal of Gastroenterology, the Journal of Hepatology, and serves on the editorial boards for the American Journal of Physiology, Gastroenterology, International Journal of Hepatology, and Liver International. He was recently appointed as a hepatologist to the National Institute on Alcohol Abuse and Alcoholism National Advisory Board. His research has published in 245 peer-reviewed, high-impact journals. He has received continuous funding from the NIH for more than 20 years, and is chair of a National Institute on Alcohol Abuse and Alcoholism consortium initiative focused on advancing treatments for alcoholic hepatitis. He regularly is invited to speak about his research at universities around the globe.

“Dr. Shah’s reputation as one of the most accomplished and important investigators in alcoholic liver disease is undeniable,” says Amy Williams, M.D. (I ’87, NEPH ’90), Department of Internal Medicine, in a nomination letter. “His record of achievement has stemmed from several traits. The first is his insightful mind always asking and answering the right questions. The second is Vijay’s ability to study the disease in all aspects using basic science, translational and clinical observations — all culminating in therapeutic trials.” She added, “Another aspect of Dr. Shah’s scientific abilities is to stimulate others to also do incredible investigation. He is a constant source of promotion and stimulation to GI faculty, fellows and beyond.”